Some people may not be aware that cigars must be stored properly to stay fresh. Cigars are similar to wine; they get better with age.

But that can only happen under the right conditions.

These conditions depend on the type of humidifier you use. It can be challenging trying to find a humidifier for your cigars. So we searched for the best cigar humidifiers, and made a list of the top five brands on the market today.

Cigars are very delicate and susceptible to temperature and humidity levels. Storing them in a humidor helps them age right, as well as enhance their flavors.

A humidor is an airtight container that helps keep cigars moist. They’re usually small wooden boxes that can hold a few dozen cigars. But cigar shops may have humidors that are much bigger. Some even have walk-in humidors.

They measure the levels of humidity with a device known as a hygrometer.

Most cigars are kept at 70% humidity and 70 degrees Fahrenheit (21° C). Some like taking the humidity level down to 65%, especially with Cuban cigars. This boosts their flavor even more.

Cigar enthusiasts will tell you cigars reach perfection if they’re stored a minimum of 3 – 5 years. They do this by storing them in a humidor, where it’s moist and has the right amount of humidity.

What Happens if Humidity Levels Rise over 70%?

This can result in a serious case of mold. Some cigar smokers confuse mold with cigar plume. It can be hard figuring out which types of white specks are on your cigar.

Read on to find out more about cigar mold and plume.

This is a fungus that ruins your cigars. They grow on the outside of your cigars if kept at a humidity level over 75% and a temperature above 70° F.

Mold on cigars resembles a spider web. It’s hairy and branches out. If you find mold, it’s better to remove them from the humidor to prevent the mold from spreading to the rest of the cigars.

Even though it can appear black or green, it’s mostly white in color.

To prevent cigar mold, it’s important you keep an eye out for the following:

This is a sign that your cigars are aging properly, and are being cared for. Cigar plume is a result of the tobacco oils crystallizing on the outer layer of the cigar. So the higher the oil content, the more likely they’ll be covered in plume if left in the proper conditions.

When cigars are covered with plume, they look like shiny specks. You can remove them by simply wiping off the cigar’s surface.

What Happens if Humidity Levels Drops below 65%?

If you place your cigars in a humidor with humidity levels below 65%, you risk drying out your cigars. Dry cigars have a bitter, harsh taste to them.

Whether you’re a novice or an experienced cigar smoker, these will help you enjoy your smoke even more.

Puffing too frequently on a cigar will heat it up too quickly and dull the flavor.

Get Yourself a Drink

Drinking while you smoke will boost your cigar’s flavor. It could be caffeine, soda, alcohol, or just good old water.

One of the worst drawbacks of smoking cigars is it gives you bad breath. Here are some ways to fight it.

Only Smoke Where It’s Permitted

Even if an establishment doesn’t have a no-smoking sign doesn’t mean they allow cigar smoking.

Too much nicotine can make you dizzy and nauseous. The best way to avoid nicotine sickness is to start with cigars that have a lower nicotine content.

Read our five top picks for cigar humidifiers. These will provide the best conditions for your cigars to age properly.

The HumidiCup cigar humidifier regulates the level of humidity in your humidor. It’s powerful enough to be able to keep up to 300 cigars fresh with the help of a microprocessor that’s controlled by fans.

It weighs only 11 ounces, but it can regulate humidity levels in a humidor as big as 5 cubic feet (141.5 liters). It’s best placed with the LED display facing upward. Its dimensions are 6.2L × 2W × 2.3H inches.

These fans blow moist air from an inner water cartridge to keep the humidor at the appropriate humidity level. Humidity levels are constantly measured by a digital humidity sensor. This sensor is completely accurate and reliable.

This humidifier is easy to use and maintain. It’s powered by a ribbon cable and an AC/DC adaptor. One feature I really appreciated is the alarm sensor; when water levels drop, an audio alarm sounds.

There’s also a display on the digital monitor that tells you it’s time to add water. You may need to refill it every couple of months, depending on the type of humidor and the number of cigars.

HumidiCup offers you a 30-day return policy, as well as a 1-year warranty.

One cigar enthusiast said, “If you’re looking for a product that can keep your cigar humidified and fresh, this is the one you never regret.” I couldn’t have said it better myself.

This cigar humidifier contains a built-in hygrometer that works with a CR123 battery. The battery will last an entire year, on average. It’s one of the most accurate and reliable humidifiers to ensure your cigars age properly. It’s designed to keep the humidity levels between 64% and 70%.

It’s made from Spanish cedar in a rich walnut finish. Its dimensions are 9 × 8.5 × 5.4 inches. The top is made from tempered glass to show off your cigar collection. The box has a magnetically-sealed enclosure for a perfect tight seal. This ensures a tightly closed box for maintaining optimal temperature and humidity levels.

The great thing about this humidifier is that it isn’t just a humidor. It also has a place for your cigar cutter and lighter. One feature I like is the storage drawer (7.25L × 7.75W) that slides out on the bottom with ample space for all your cigar accessories.

This humidifier comes with its own humidifying gel and hydro sticks. They work at keeping your cigars seasoned to perfection. Maintaining them is as simple as wetting them with distilled water or propylene glycol, place in the humidor, and you’re all set.

A cigar enthusiast said, “The lid is tight-fitting and with the accessory drawer you can keep your lighter, cutter and a small carry case all in one compact unit.”

3. Easiest to Use: Boveda for Cigars/Tobacco

This Boveda humidifier comes in a pack of 4. You can choose from a range of humidity levels (49% – 84%). For every 25 cigars, use one pack. Boveda’s exclusive patented 2-way humidifying technology helps regulate moisture loss.

They regulate your humidor’s temperature and humidity levels. They can last up to 4 months in a wood humidor, and up to 9 months in an airtight humidor. When they feel hard and crunchy, then it’s time to get a replacement.

Some users ‘recharge’ them by soaking them for several days. But they won’t do as good a job as the brand-new packs.

These packs are hassle-free. You don’t have to worry about refilling water cartridges, or humidifying gels or beads.

One satisfied customer said, “They perform as promised. They are simple to use. No fuss.” I feel the same way about these packs.

The Drymistat tubes are a 2-way humidification system. These humidifier tubes help maintain a humidity level of 70% for up to 25 cigars. They’re full of crystals charged with propylene glycol solution. This solution controls humidity levels inside the humidor. The tubes allow humidity to escape through micropores. Yet they still retain the water inside them.

On the tubes, you’ll find two lines, a ‘Time to Add Water’ line and a ‘Fill’ line. When the water levels reach the ‘Time to Add Water’ line, refill the tubes with distilled or plain water. This can be anywhere from 2 to 12 weeks after initial use. Remember to wait up to 5 minutes before replacing them in the humidor. This helps the crystals to absorb the water and swell to their original size within the tube.

The best spot to place the tubes is in the middle of the humidor, or space them out evenly. The tubes are 100% leak-proof and can be reused for over two years before you need to replace them. Each tube weighs 2.4 ounces, with dimensions of 5.5 × 0.8 × 0.8 inches. The Drymistat comes with a 1-year warranty.

A happy customer stated that “They fit perfectly along with your sticks and are easily rechargeable with some distilled water.” I couldn’t agree more!

The Cigar Oasis is a cigar connoisseur’s dream come true. It has everything you could ask for in a humidor. Its sealed design keeps moisture in for maintaining optimal humidity levels.

It has a big LCD screen that can read the temperature, humidity levels, and current set point. It’s designed to be easily set using soft-touch buttons. There’s also a remote control so you can control the humidity level even if you’re not directly near the humidor.

This electronic humidifier is powered by a 12-foot extension cord ribbon cable cord. Then, you fit the cable into a 6-foot USB cable powered by a wall outlet.

On the bottom of the humidor, you’ll find a water base with expanding water beads. These beads help balance out the humidity by releasing distilled water. The base needs to be refilled every 2 – 5 weeks.

The Oasis Magna allows your cigars to age properly with the help of a sensor-controlled fan. This fan circulates the air. It also does a great job of distributing the level of humidity inside the humidor. I appreciate this feature because I didn’t have to rotate any cigars or keep moving the beads around. They’re also great at getting rid of musty odor build-up.

One Amazon review was short and sweet, “Quick set up, accurate, and quiet.” It sums up how I feel about this humidor quite nicely.

Humidifiers are important for keeping your cigars fresh and aging to perfection. Our five best cigar humidifier will protect and care for your cigars.

But my top choice would have to be the Case Elegance humidor.  It’s mix of style and functionality won me over.  It would make a great gift for the cigar connoisseur in your life.

My Runner-Up is the Boveda packs. These packs are easy to use. There’s no mess or fuss. I also like the fact that their price is affordable. 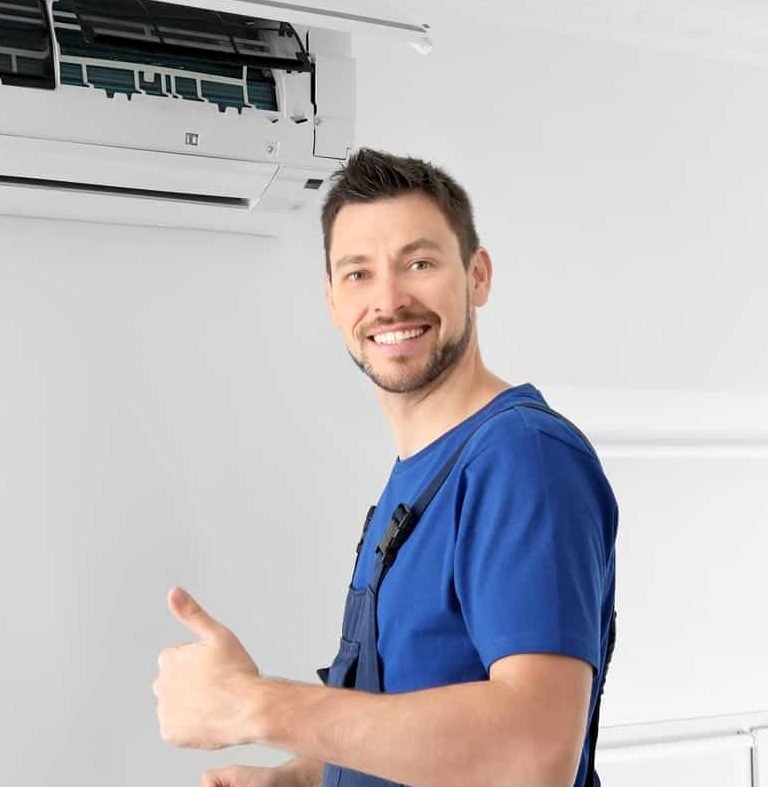 Hi Everybody! I’m John – the Air Control Guy – and I’m passionate about comfortable and clean living. I believe that starts with eliminating the toxic pollutants found in all of our homes and taking actionable steps to improve the quality of the air we breathe every day.

As an Amazon Associate I earn from qualifying purchases.

We use cookies on this site to optimise site functionality and give you the best possible experience. By using this site you accept our use of cookies. Learn more